In 1989, one of the biggest Latin stars, Ana Gabriel, nicknamed the Mexican Diva, released her multi-platinum album Quién como tú, which reached number 1 on the Latin Billboard charts and was nominated for a Grammy Award. The album includes a Spanish version of “Rété”, which the singer called “Hice bien quererte” (I was right to love you) and which will be one of her greatest hits.

33 years later, Gente de Zona covers the track “Hice bien quererte” with Jean-Philippe Marthély and Kassav’. This is a beautiful tribute to Martinican singer who had a stroke in February 2020 and Guadeloupean guitarist Jacob Desvarieux, who died of Covid-19 in July 2021.

The video clip directed by PedroVasquezFilms and premiered on Friday, March 18, 2022, was shot in Miami for Gente de Zona and Fort-de-France for Jean-Philippe Marthély.

After many adventures, the band is now a duo composed of Alexander Delgado and Randy Malcom who no longer live in Cuba. The band was in the news last year for having associated with four other Cuban urban artists and for having released the song “Patria y Vida”, which was in contradiction to the slogan of the Castro Revolution, Patria y Muerte. The track, which was posted on social networks, was described by Cuban President Miguel Diaz-Canel as a “provocative song”. At the 2021 Latin Grammy Award ceremony, “Patria y Vida” won two awards: best song of the year and best urban song. The famous American magazine Rolling Stone ranked “Patria y Vida” among the 50 best songs of the year 2021.

“Hice bien quererte” is the meeting of two legends of Caribbean music : Kassav’ with Zouk and Gente de Zona with Reggaeton. 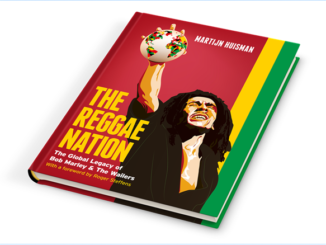 “The Reggae Nation: The Global Legacy of Bob Marley & The Wailers” by Martijn Huisman 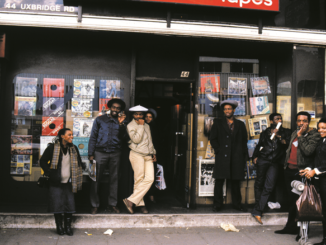