Started Sunday, January 6 in Guadeloupe, the carnival period for this year 2019 ended, this Ash Wednesday. The “carnavaliers” (carnaval lovers) dressed in black and white cremated His Majesty, King Vaval. 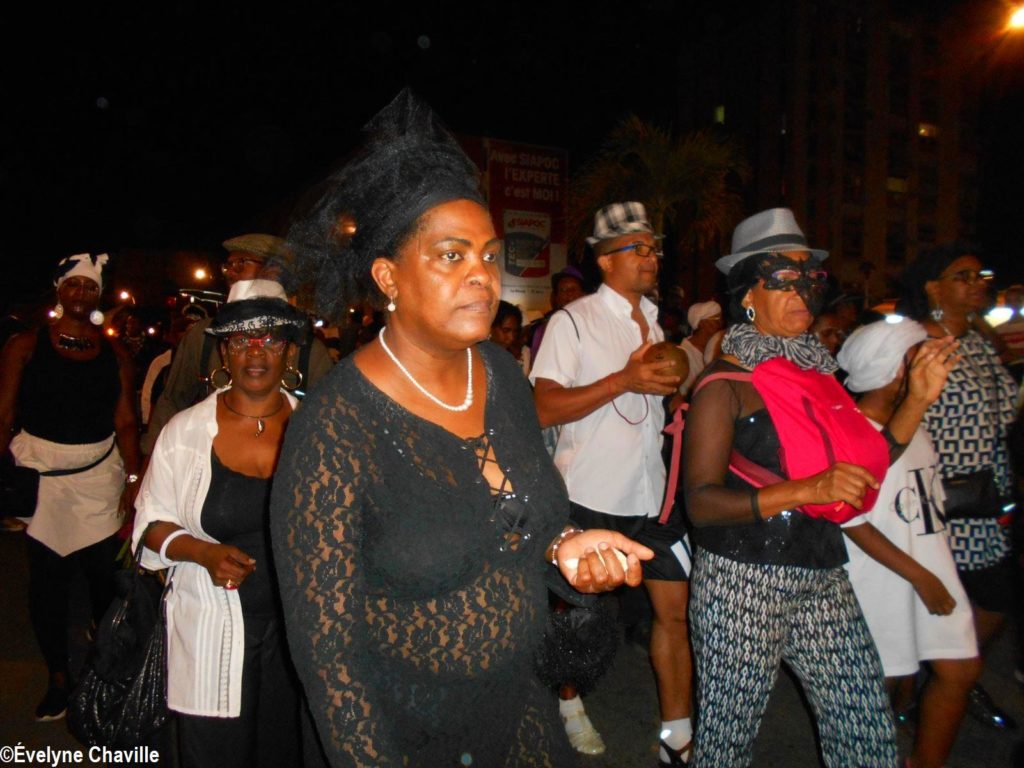 What sadness in the country! King Vaval, the king of “carnavaliers” died on Ash Wednesday. Everyone knew that he was very tired because he paraded every weekend in January and February and that he drank some nice glasses of rum (he did not drive) to party but no one thought His Majesty would leave us so suddenly. His many wives, his many children as well as his friends (women and men) are inconsolable. Those who, in the middle of the night, improvised a parade in the streets accompanied by drums, “chacha”, conch shells etc. – especially in Pointe-à-Pitre – to celebrate the stay of King Vaval among us began to go through a long period of depression… How will they occupy their free time now?

This Wednesday, March 6th, the body of King Vaval was cremated. Previously, in several towns and cities of Guadeloupe, the “carnavaliers” wearing black and white clothes (even if some wore other colors) paraded in music and songs to thank him for these two months of happiness he brought them.

As every year, a memorial ceremony will be held in his honor on Thursday, March 28, the day of the Mid-Lent. The “carnavaliers” will parade, this time, in red and black. A Guadeloupean specificity in the Caribbean…