Kariculture.net spoke with Freddy Núñez Estenoz, artistic director of the last three editions of the National Theatre Festival of Camagüey about the preparation of the event and the selection of the sample.

Kariculture.net : How do you make the selection of the sample?

Freddy Núñez Estenoz : For this Festival was created a selection committee composed of prestigious critics, directors, actors, and designers who travel throughout the island over a period of two to three months by watching all the shows produced during the last two years. These shows are recommended by the provincial councils of the performing arts and other institutions responsible for managing all creative processes in the provinces.

The only selection criterion is quality, because theater is a very subjective art. We do not have a standard number of shows, so the number of productions can vary from one festival to another. The official selection of the sample (family theater and theater for adults) goes out the collective consensus of the selection committee and thus is putting together a kind of panorama, of radiography of the Cuban scene of the last two years.

Kariculture.net : This year, several shows were not in the official selection and they were divided into four zones. Why this segmentation? 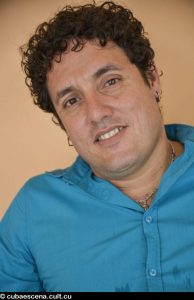 F.N.E : There are always shows which are in an ambiguous zone and for them we created segments within the curatorship of the festival. In addition to the official selection, which is the most representative both in theater for children and theater for adults, there is the segment of the Spectacular Drifts, which are these shows that build on other ways to communicate with the public, other themes, other communication forms.

These shows are done essentially by young who will be the face of the Cuban theater in a few years. At the other editions these companies did not come to the festival because the selection was too official and their works build on a less conventional theater.

We have another segment which is Muestra-Taller, with shows that were not be equal to be in the official selection, but they have other values, good performances, a design with certain values, an interesting drama. These directions were brought to the festival because they are almost always made by young people and to attend shows is also vital for the training process and it is an opportunity to submit them for debate, for experience with critics and creators, in general.

There is also the segment called Host City. Camagüey organizes the festival for more than 30 years, and all local groups do not arrive at the official selection or at the other segments. But, we are the host city, therefore it is very important for us that all local theater companies which produced shows in this period are in the city to show what they do. This means a challenge for the creators of the city and a growth opportunity.

Because they are included in the festival that forced them to rethink their work and to try to grow up. Some considerably grew up when they were informed that they would be in the sample, it was a catalyst in this selection.

Another segment is the Streets and Squares. Camagüey’s architectural arrangement is a labyrinth that opens into alleys, streets, parks… It is a city where you find anywhere an ideal space to make theater. It would be terrible not take advantage of the geography of the city. This segment it is to revitalize and because a city like this needs street theater.

We, the inhabitants of Camagüey are people who live inside, or inside the theater buildings when it comes to theater. There is only one theater company in the city, it is Teatro de Luz which is in the selection, which brought a show and dared to take to the streets. 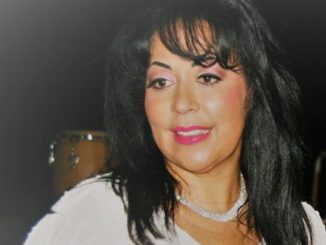 Omar Sy : ” it is an incredible course”