From June 3 to July 4, the “Derniers Jours” gallery located in the 20th arrondissement of Paris presents an exhibition of Guadeloupean painter entitled “Lespwinèg: Esprit, là”.

Among the Guadeloupean painters, Jérôme Sainte-Luce is one of those who are not always in the spotlight but who nevertheless have a very busy schedule. We will soon present a long interview with this artist from the town of Trois-Rivières, in the South-Basse-Terre, so that you can get to know him and his activities better.

Currently, the painter is in Paris because a gallery in the French capital was seduced by his work, which is very much focused on the first inhabitants of Guadeloupe and the Caribbean region – the Amerindians – and decided to exhibit his work. Indeed, for one month – from 3 June to 4 July – the “Derniers Jours” gallery located in the 20th arrondissement of Paris presents in an exhibition entitled “Lespwinèg: Esprit, là” some thirty drawings and paintings made in particular with pencil, Indian ink, acrylic on paper or canvas.

“Fascinated by memory, curious about the future, Sainte-Luce goes back and forth between the past and the project, allowing himself total freedom of tone, practice and technique, in the moment, here and now. The result is works that are above ground, but not only celestial, bewitching and inviting : the immaterial Espwinègs seem to come from clay, air and water”, reads the website of the “Derniers Jours” gallery, directed by Laurent Zyberman.

On this occasion, at the end of May, Jérôme Sainte-Luce went to France, which is emerging from a third lockdown due to the Covid-19 pandemic, for the opening which took place on 3 June. For more than a week, he met the public, including collectors and schoolchildren.

A few hours before his return to the archipelago, the painter whom we contacted on Friday 11 June described this new professional experience as “a fabulous adventure that deserves to be extended, deepened and above all renewed”. He continued : “I love this energy of sharing, of showing my creations, and even more so that of “extirpating” my spirits towards other horizons since, after all, they have no borders”. 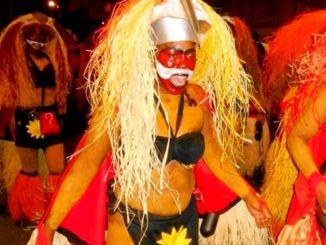 It’s confirmed, no “chanté Nwèl” and no carnival in Guadeloupe because of Covid-19! 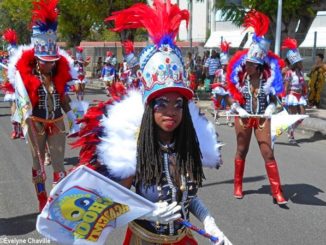 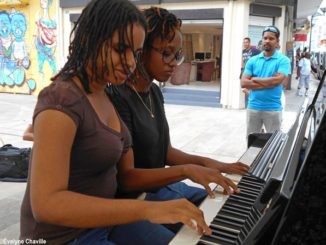