On Friday, July 30, the world learned of the death, at the age of 66, of Jacob Desvarieux, Guadeloupean musician (guitarist), singer, composer, arranger and producer. The man who, in 1979, founded (with Pierre-Édouard Décimus) the famous zouk group Kassav’ had been infected by Covid-19 while he was touring in Martinique then Guadeloupe to promote “Nanm Kann” (The Soul of Cane).

This musical concept, Jacob had imagined it after finding one of his ancestors, Euphrasine, during a genealogical research. For the artist, if black American slaves who worked in the cotton fields of the southern United States invented the blues in the 19th century, black Caribbean slaves (especially those from Guadeloupe and Martinique) who worked in the sugar cane fields must also have felt the need to express their poverty, their loneliness, their sadness…in a Creole blues.

After releasing the album Euphrasine’s Blues in 1999, Jacob Desvarieux returned to the stage in 2018 with musicians and singers including Guy N’Sangué, Thierry Vaton, Thomas Bellon, Allan Hoist and Mario Canonge, Yoann Danier, Régis Thérèse, Jowee Omicil, Jerryka Jacques-Gustave and Raymonia Moko. This series of concerts as part of “Nanm Kann” had taken him to Guadeloupe and Martinique after France ; Kariculture also attended a sound check at the Memorial ACTe in Pointe-à-Pitre.

For this live recording made in December 2018 at Memorial ACTe, the guitarist is accompanied by Mario Canonge on piano, Yoann Danier on drums, Régis Thérèse on bass, Jowee Omicil on saxophone, Jerryka Jacques-Gustave and Raymonia Moko on backing vocals. 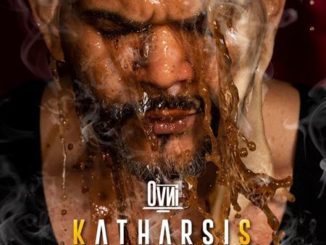