Guadeloupean singer who claims to be guided by Jah has made her life a “legend” in her own words. She is currently promoting “Tan é Sézon” (Time and Season), released on January 8 and available on all download platforms. It’s the first single of her next EP.

“I sing what I live, so the words and melodies are almost instinctive. This track is a clarification”, says Irie Keef in her press kit. The lyrics of the song “Tan é Sézon”, which she performs with Yonn, were written by Élisabeth Gatibelza and Guy-Luc Bart, the music is by Mister Francky and Élisabeth Gatibelza. The artist does not want to classify her music in a specific genre since it is a mix of soul-dancehall reggae on rhythm of gwo-ka and bouladjèl.

And she explains her position at length: “I come from Guadeloupe. It’s an archipelago where many cultures meet and mix. I have strong reggae and soul influences, but I often compose on zouk, kompa, gwo ka, bouyon, or soca. I am also a fan of afro-beat and electronic music. I love to mix all this in my own way. I sing in Creole, French and English, as it comes to me. I just let myself be guided by Jah… Joie-Amour-Harmonie (Joy-Love-Harmony). It’s without borders! I confess, however, that my favourite singer, anytime, any mood, is Bob Marley! The rhythm and the words that bang, sa bon ça (that’s good that)!”.

Irie Keef made her singing debut as a chorister alongside Dominican singer Nelly Stharre, whom Guadeloupe discovered in the 1990s and who died tragically on her native island in 2015. With her friend, she performed on several major stages, including the Bob Marley Movement Festival in Miami, the World Creole Music Festival in Dominica and the Rockers TV Show in Jamaica.

During these years, the artist was able to nourish her vision and build her artistic universe so she feels ready today to share with the public through her first EP that will be released soon. On stage, Irie Keef performs in an acoustic live quartet with Jil Pétrus on guitar, Claudy on bass, René Geoffroy on ka and Béni on melodica. Excerpts from her performances can be discovered on Soundcloud, Youtube, Facebook and Instagram.

CULTURAL EVENTS and PUBLIC HOLIDAYS IN THE CARIBBEAN – MARCH 2018 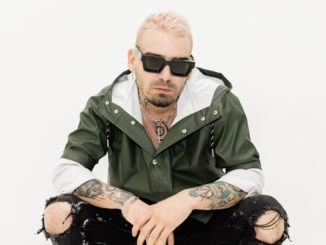