In spite of the media campaign for weeks about the “Village Expérience Carnaval”, we stay several hours there, this Saturday, February 9, and we cannot say this first edition was a resounding success.

Some 500 people (residents and tourists) went to Quai Foulon, located not far from the cruises terminal in Pointe-à-Pitre, this Saturday, February 9 between 9:00 am and 6:00 pm. There is no doubt that the bad weather on Pointe-à-Pitre-Les Abymes and their suburbs since this Friday at lunchtime did not encourage the carnival lovers to come there. It must also be said that during this weekend there were a multitud of carnival events in various cities and towns (Pointe-à-Pitre, Basse-Terre, Le Moule etc.). Even if there were tourists at the “Village Expérience Carnaval”, we cannot say that all the thousands of passengers of the cruise boat,“Costa Pacifica”, had invaded the VEC and if the organization had beleived this location would attract them, it made a big mistake…

However, there was no admission charge.

However, the groups which were invited to lead the various workshops then to parade in the streets of the city (Double Face, Moun Ki Moun and Tonshi Mass from Pointe-à-Pitre, Point d’Interrogation from Les Abymes, Waka Chiré Band from Sainte-Rose, Reality Bimass from Baie-Mahault) are among the best in the Guadeloupean carnival.

However, the booths of face painting booth and whips making are known to attract children so their parents.

However, carnival is the cultural event which attracts the greatest number of people in Guadeloupe.

To try to explain this very half-hearted success, it should be known that the creation of a carnival village is something new on the island but the organizers and their sponsors did not invent anything because it was only a pale imitation of what is already done elsewhere. Indeed, in many islands in the Caribbean, a village is opened from the beginning of the carnival season and he often hosts the various events (king and queen elections, competitions etc.). In addition, amongst our Caribbean neighbours, carnival is part of economy so the village is a “showcase”, in Guadeloupe this is not entirely the case… 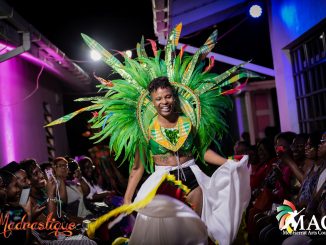 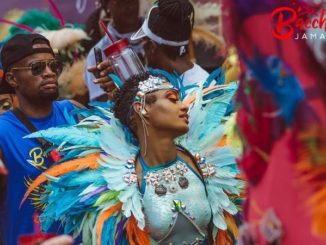 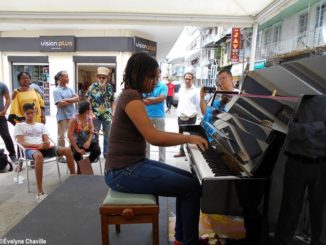