It is one of the most anticipated events by the Martinicans and the one that breaks all attendance records. From 30 000 people for the smallest event to 120 000 people on Mardi Gras and Ash Wednesday, the Carnival of Fort-de-France annually brings together fervent participants ready to let off steam and deride everything.

We met with Alain ALFRED, deputy mayor in charge of organizing this event, so that he tells us more about its ins and outs. 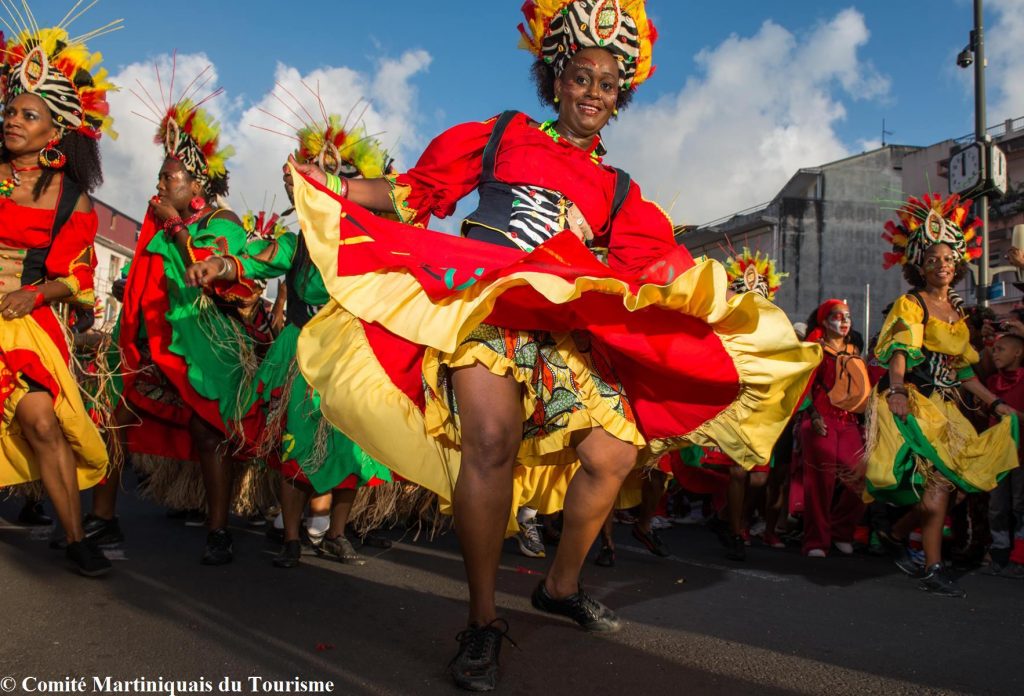 KARICULTURE.NET : Where does the carnival of Fort-de-France come from?

Alain ALFRED : The carnival of Fort-de-France is the heir to the carnival of Saint-Pierre. It is an institution that synthesized what happened in Europe and what happened in Africa. Besides, our red devil is a resurgence of Africa. If you go to Casamance, Senegal, you will see red devils identical to ours but they are not devils but Gods of fertility, knowledge and joy. Mirrors symbolize knowledge and horns are horns of plenty. Aimé Césaire said that the God of the loser had become the Devil of the winner. Our carnival is a place of resistance, an appropriation with diversion, hence inversions, freedom of expression, and sometimes even arrogance in the words. Moreover, Ash Wednesday is a “Martinican invention” : it is in fact the laying on of ashes by the church and these ashes are not Vaval‘s ashes. 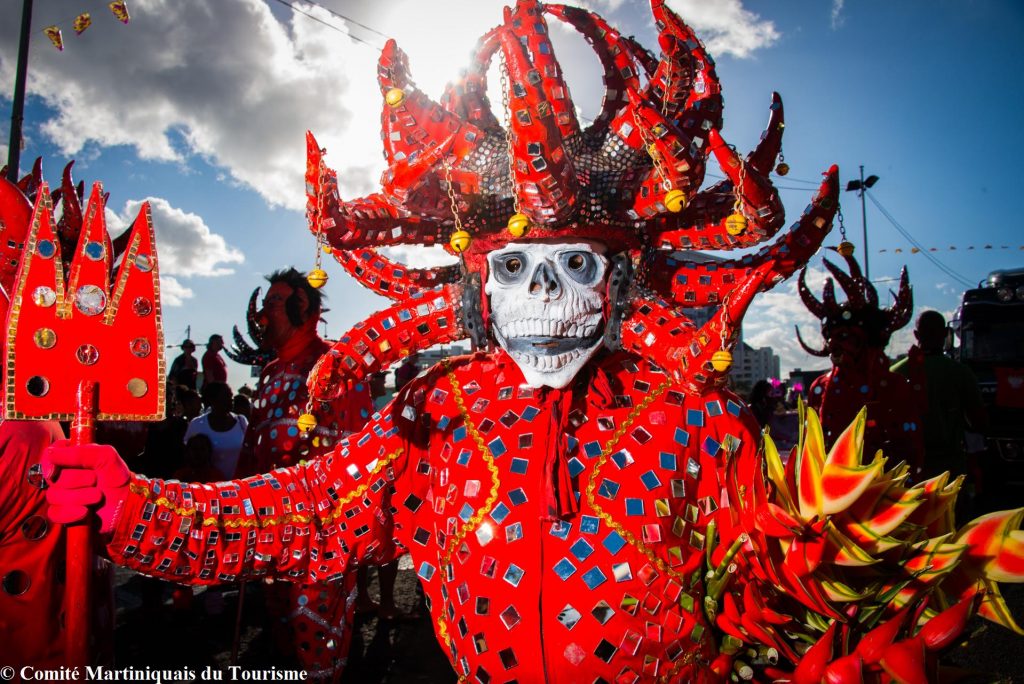 KARICULTURE.NET : What is the difference between carnival of today and that of 30 years ago?

A. A. : People, times, views change but there is a certain permanence. Our carnival allows Martinicans to be both spectators and actors, it works on the principle of freedom of expression. Today, we still have the imprint of freedom and we incense the inversions, besides the entire run of the whole carnival parade is in the opposite direction of the main traffic in Fort-de-France. The comic marriage, is essentially based on inversion, man dressed as a woman and woman like a man… It is a way of assuming total freedom and, unfortunately, what perhaps changed today, is this expression of freedom that goes to the extreme. “Bordeline” things on decency aappeared and we must now fight against this. 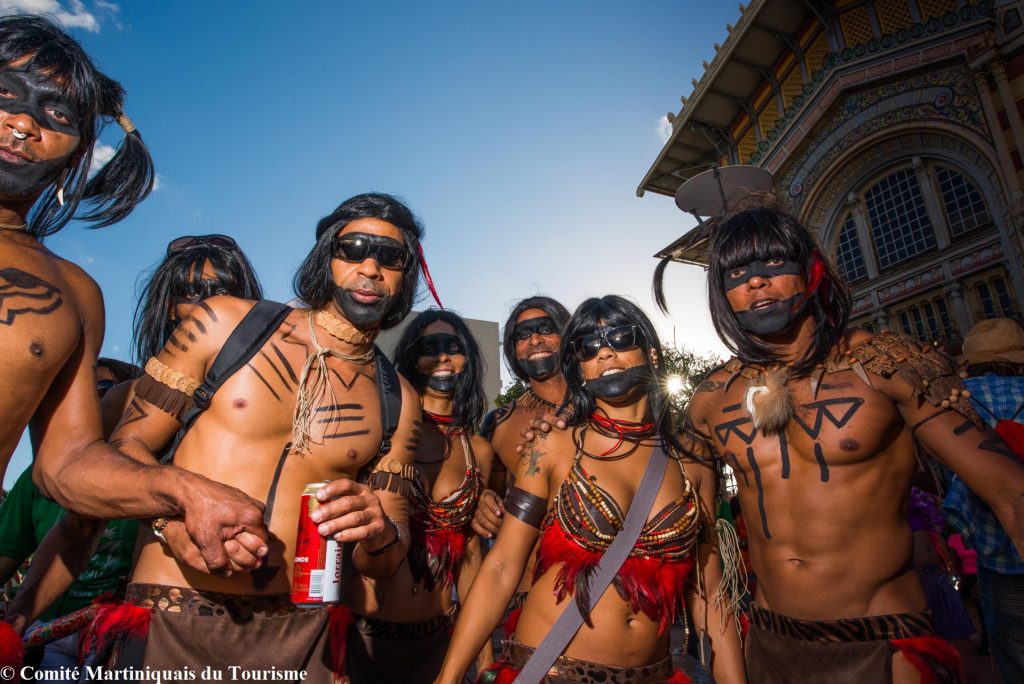 A. A.: I think so, it is an asset and everyone agrees to say it. However, it is not enough worked, not enough sold. We also have problems to welcome more tourists because the carnival period takes place during the high season and there are not enough hotel rooms to satisfy the demand. When we invite groups, it is very difficult to accommodate them. We also notice that, in recent years, during fat days there are a large number of cruise ships. Last year, for example, we had 9,500 passengers during a fat day. Finally, there are regular visitors from Guadeloupe, Guyana and expatriate Martinicans who choose their holidays during this period “to run carnival”. 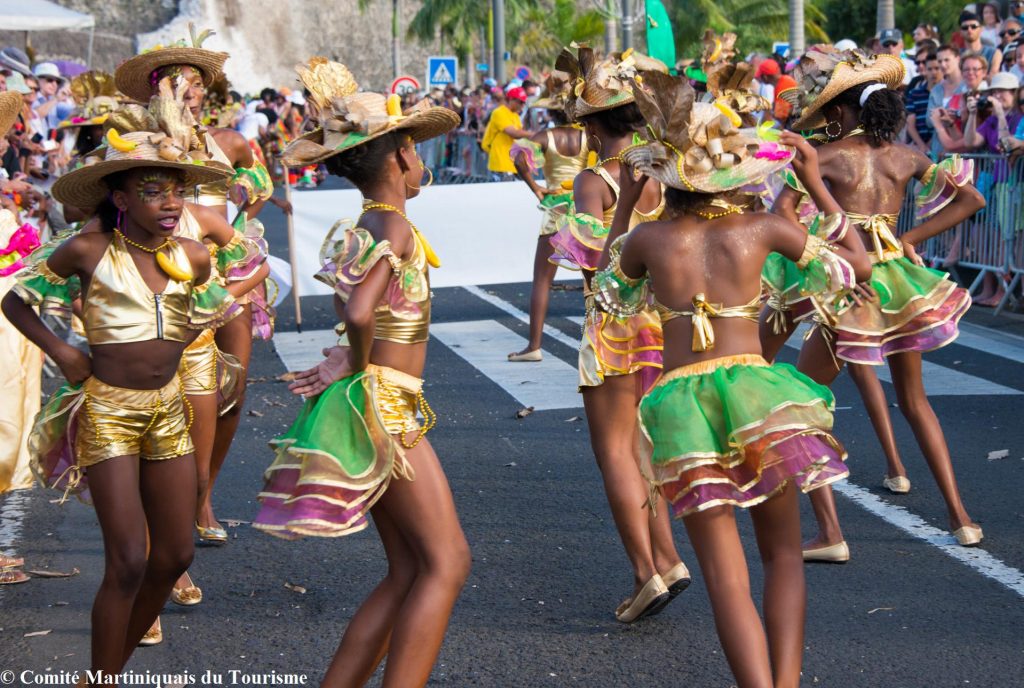 KARICULTURE.NET : So, what do you think of them?

A. A.: This tourist vocation was always worked, especially by carnival groups that integrated visitors into them. We also worked with the groups so that they do their costumes as early as possible, in order to do prior demonstrations.

We started working with the associations and the Carnival mission, in charge of the carnival enhancement and we found that carnival during these “fat days ” is the sum of several events : we start with the “vidé in pajamas”, then we have “to run the vidé” with our costume, later we have to go to “zouker” (a Creole word coined by the Martinicans that means “to go to an evening”) and then we start again the next day. People sleep very little, but it’s very good! That is what we have to sell to tourists. When you come for carnival, you must not sleep, you have to enjoy the different landscapes : between the “vidé in pajamas” and the “vidé” on the afternoon, there is still time to visit the island, to have a nice lunch by enjoying the flavors of the country. Many groups play the game : Tanbou bò Kannal after its “vidé in pajamas”, always makes a “tinen lanmori” (a typical dish from Martinique with green banana and dried cod) or a “macadam” (typical dish made with cod and rice). 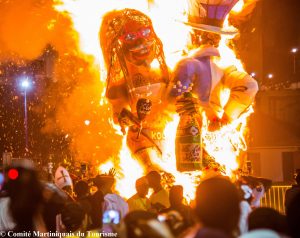 KARICULTURE.NET : Is it the biggest event of the year in Martinique?

A. A. : In terms of budget, it is probably the biggest, between 400,000 and 500,000 euros, before the “Tour des Yoles” and all other events. It is also the event that brings together the largest number of people. Shops really benefit from carnival, among beverage vendors, drapers, disguises sellers, it is difficult to know all that is sold before and during carnival, it would be necessary to conduct an audit. It is an unparalleled event in Lesser Antilles and because it is recurrent, we were forced to build, to take a certain number of measures and precautions that are now thriving. We were asked to duplicate elsewhere the means and methods of work we put in place. Once, on Ash Wednesday, as we were just about to burn “Vaval”, a house caught fire. I shuddered with pride by seeing the response capacity of members of the different groups and “carnavaliers”. The route was diverted, we put the fire out and “Vaval” was burned in the evening as expected. People participate in this construction, it emanates from everyone. I think that people appropriate it and they know that “kannaval la sé ta nou” (carnival is ours) and each one does his small part. I can see Martinicans’ solidarity, intelligence and ability to work together. It is fundamental and it makes me proud. 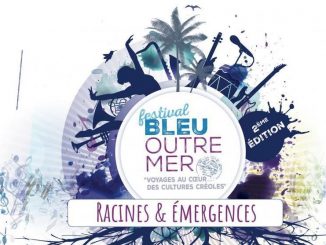 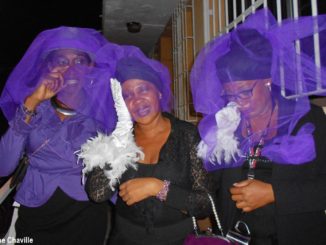