In 2015, this popular event, commonly called “The Crab Festival”, had as its theme : “Crabs and mangroves in the Caribbean”. In order to illustrate this theme, several events were prepared by the organizers.

A round table discussion was held on Thursday, April 2 on “Mangrove Enhancement Experiences in the Caribbean” with Allena Joseph of the Saint Lucian Ministry of Agriculture as a speaker. During that same evening was also held a lecture on “Crabs and mangroves in the Guadeloupean customs and imagination” with Michelle Di Ruggiero (Doctor of Geography) and Franck Garain (historian, coordinator of “The Crab Festival”) as participants.

Island of Marie-Galante, guest of honor

From March 19 to 27, 2016, the format of the event did not change. The organizers chose as theme “Krab é Pwa Péyi (Crabs and local Peas) to develop pigeonpea, grown in Marie-Galante, the island which was the guest of honour. The heritage event started, on Sunday March 20, by a religious mass to the memory of the “krabiélè” (crabs hunters) in Morne-à-l’Eau and in the rest of Guadeloupe in the chapel of Blanchet. On Wednesday March 23, the children in leisure centres and associations of the municipality and the island of Marie-Galante spent together a day dedicated to the crab. In the evening, storytellers, poets and writers met for cultural activities. The next day, on March 24, were given several lectures on food safety in Guadeloupe.

To catch, to eat and…to drink the crab

After these debates, on Saturday March 26, the public had the opportunity to discover the mangrove swanp in Babin and to take part in a rally to see the touristic wonders in the North of Grande-Terre. In the morning also was launched “The Bòkò d’Or”, this famous crab-based recipes contest, open to all.

On Sunday, March 27 (Easter Day), at 6:30 am, a walk on the trail of crabs was suggested to morning persons. At 8:am, the association of the carters, Les Solides, welcomed all those who wanted to go for an ecological and tourist drive in a bullock cart in the interland. The public was also invited to go down the Canal des Rotours in a traditional boat. This 5 km long channel, named after Governor Jean-Julien Angot, Baron of Rotours, was dug between 1826 and 1829 by slaves and free men from the interior of Morne-à-l’Eau to the Atlantic Ocean to transport goods, such as sugar.

At 10 am, the Queen of the Crab Festival arrived on Gerty Archimède Square then the restaurant owners and the caterers opened their stands to sell their delicious crab-based recipes to the 20 000 visitors. This edition’s innovation was the presentation of a crab-based punch.

Photography, literature and music were not forgotten during this 24th edition of “The Crab Festival”. Indeed, an exhibition entitled “Guadeloupe’s Crabs and Mangrove” and a photo contest open to amateurs on “The most beautiful images of crabs and mangrove in Guadeloupe and the Caribbean” were organized. In 2015, high school children and schoolchildren were invited to take part in the 7th edition of a writing contest which was entitled “I write my country” with as theme “Crabs and mangroves in the Caribbean “. 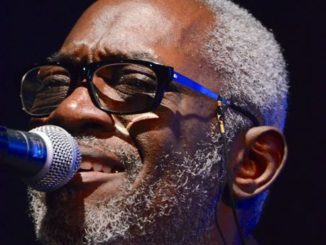 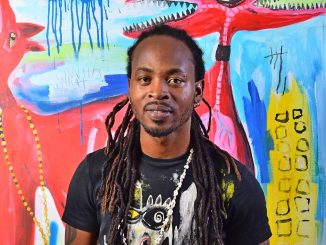