All members of the group “Nipa”, among them Guadeloupean singer Xénia Caraïbe, met last September in Paris nearly 20 years after their professional “separation”. On the menu of this reunion, the re-recording of a song and the shooting of a video. 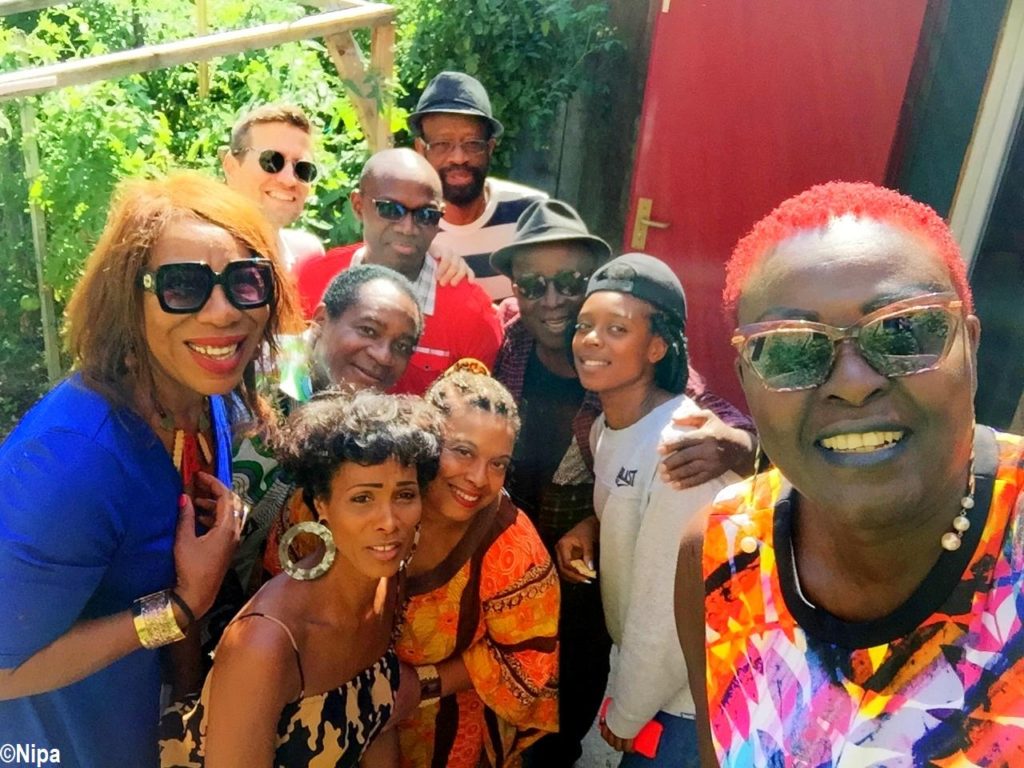 Don’t they say that distance and time never separate a real family? All members of “Nipa” who have spontaneously decided to meet in Paris, eighteen years after their professional “separation” experienced this moment.

This meeting which would have seemed difficult to organize happened naturally. It should be noted that during all these years, each member of “Nipa” continued his career on his side, so it was necessary to choose the right dates according to the professional schedule of each.

Amélie “Mimi” Mbaye – singer and actress – who was in Los Angeles (United States), Jerrika Jacques-Gustave, in Marbella (Spain), Pédro Wognin, in Abidjan (Ivory Coast) and Xénia Caraïbe, in Pointe-à -Pitre (Guadeloupe) all flew to join in the French capital the other members of “Nipa” who live there. Within five days, these artists showed their great professionalism by re-recording in the studio, after a short rehearsal, one of their famous songs entitled “Atôflô” (word in abouré language spoken among other countries in Gahna and Ivory Coast meaning “Celebration of a wedding banquet”). 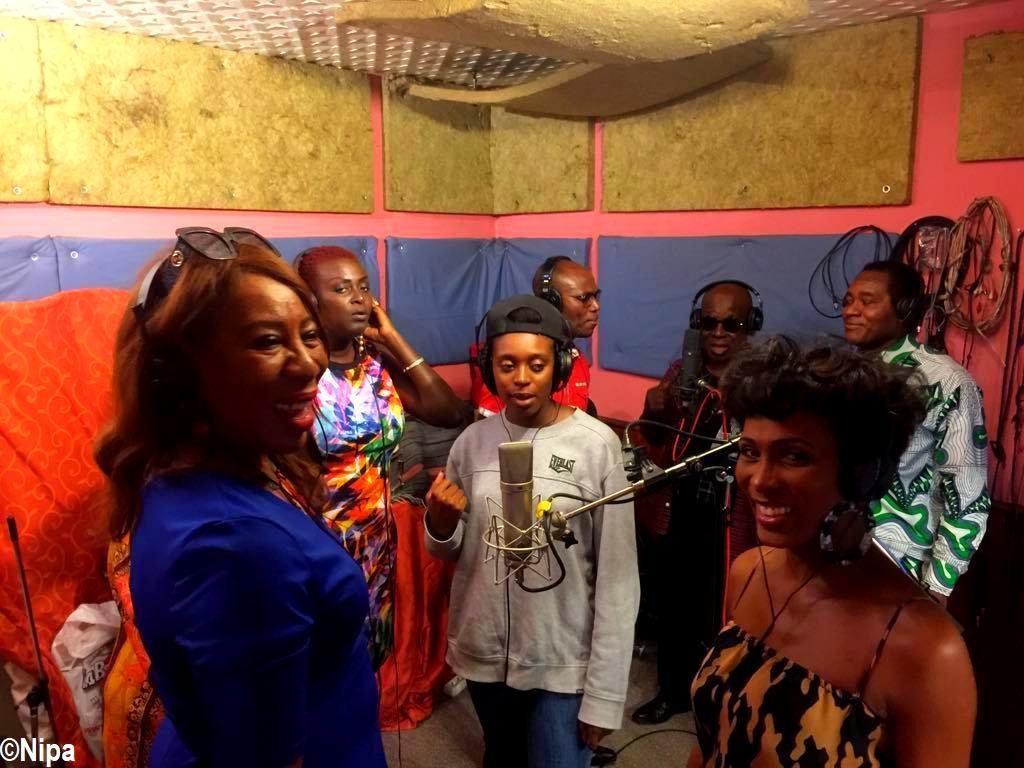 Then, the artists with a technical team went to the home of a singer of the band in the 16th district of Paris to shoot the video of this song. “The script of this video is a reconstruction of a wedding ceremony of the Akan people. This is an opportunity for the groom and the bride as well as for the guests to wear traditional dresses which are in a beautiful material called “kita”, for example. During this shooting was also organized a reunion lunch”, told Guadeloupean singer Xénia Caraïbe.

Despite this tight timing, the members of “Nipa” had time to go to the restaurant and spend together very pleasant moments as if they had left the day before…

In Guadeloupe, some certainly remember “Nipa” (word in ashanti meaning “Human being”) because this band had the opportunity to perform on stage at the 5th “Festival Lokans Voix Sacrées” in 2006. Xénia Caraïbe remembered this first performance on the island : “I met the organizers of this festival to offer them our participation.They had listened to our CDs before making a decision. In Guadeloupe, people were very surprised to see Jerricka who is Martinican and I, Guadeloupean, singing in these African languages i.e. ashanti, twi, fon, abouré etc. It was the first time “Nipa” – an a cappella group of singers, at the time made up of Pedro, Élom, Sélom, Jerricka and I – performed in the West Indies”. 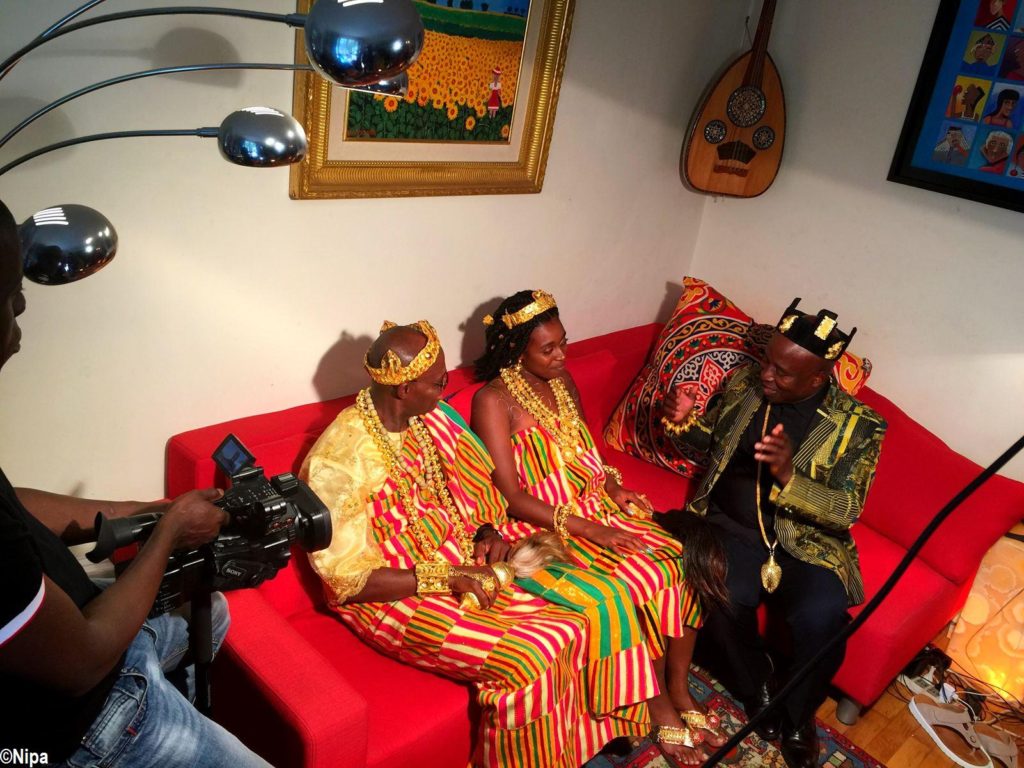 Singer Pédro Wognin alias Soul Ayom, native of Ivory Coast, founded “Nipa” in 1989. This excellent soul singer wished to enhance the languages of the African continent through singing without musical accompaniment. The a cappella group consisted of girls (Mimi from Senegal, Julia from Cameroon, Jerrycka from Martinique and Xénia from Guadeloupe) and boys (Élom and Sélom from Togo and Pédro from the Ivory Coast).

Today, “Nipa” has ten members: 2 tenors, 3 sopranos, 2 alti, 1 bass, 1 guitarist and 1 percussionist. “This new configuration of 10 people exponentially opens the lexical and semantic field in its relation to “controlled randomness”, because each member arrives in the improvisation with its socio-cultural background that streaks his thought, for the pleasure of the band and the audience”, said the founder of the group.

Although the majority of its members is from sub-Saharan Africa, “Nipa” unfortunately never sang in Ivory Coast, Cameroon, Togo or Senegal. 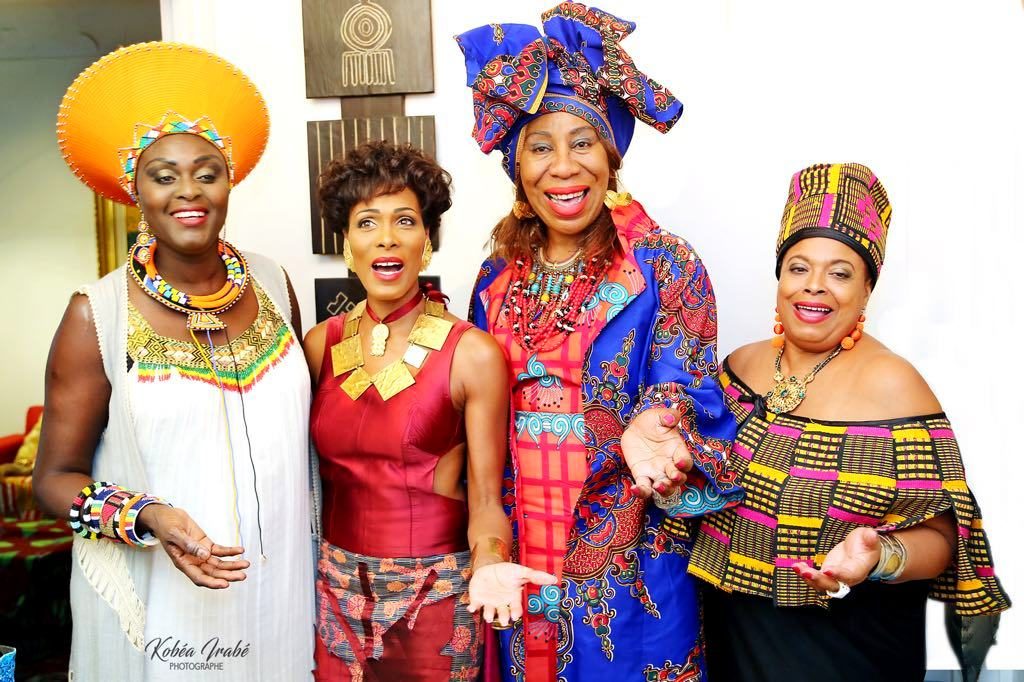 However, the group performed in Guadeloupe in 2000 and 2006 and Martinique in 2010 as well as on various European and Canadian stages where it received a very warm welcome from the public, namely: France in 1997 and 1998; Switzerland in 1990 and 1991 (Montreux Jazz Festival); Canada in 1993 (Harrisson Spring Folk Festival, Winnipeg Folk Music Festival, Vancouver Folk Music Festival); Netherlands and Germany in 1993 and 1994; Spain in 1997, 1998, 1999 etc. It should also be noted that after 2000 the band continued to give concerts but with a very limited number of members. “I remember a concert that we gave in Santiago de Compostela in Spain in front of thousands of people. At the end, we had received an ovation then mounted policemen came, we thought they were there for an important person but we were told that they came to escort us. We were really surprised (…)”, said Xénia Caraïbe.

“Nipa” should soon return on tour with surely stops in the Caribbean because, after the albums titled “Ghana a Cappella” (1993) and “Là” (2001), the third opus “Vocal Ways” will release in a few weeks. 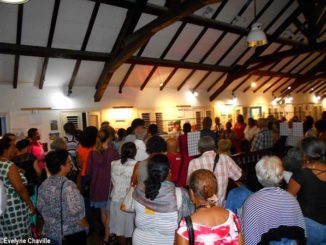