Kariculture met Franck Thévenaud, director of Concept’Art, during the exhibition entitled “Contrast” featuring works by painters Micheline Souprayen and Jérôme Sainte-Luce at the gallery L’Art s’en Mêle in Le Gosier from November 24 to 29.

Kariculture.net : Your job is to develop exhibitions, today you present the exhibition “Contrast” at the gallery L’Art s’en Mêle, what motivated you to organize this exhibition when culture is going through a rather difficult time?

Franck Thévenaud : Very difficult. At Concept’Art, it had been several months since there were any exhibitions in progress – solo or duo exhibitions, like this one – except the permanent exhibition at the agency, I missed it. This helps to give visibility, that’s what I’ve been looking for since the beginning, and to sell works, we must not forget that this is the purpose. It was imperative to redo something, the gallery L’art s’en Mêle was perfect for that, we have space (…).

Kariculture.net : It should be recalled that you are a very special gallery owner since you don’t have a fixed gallery but you are looking for atypical places to exhibit works…

F. T. : Yes, full-fledged galleries, it allows me to have an easier structure because everything is in place, hangars, companies, shops, hairdressing salons, massage parlours, a lot of different places, that’s what I’m looking for, with always the same goal: to give free visibility so that people say it’s accessible. Many people are still afraid to move because they think that exhibitions are reserved for an elite, there’s still this obstacle. But, by exhibiting everywhere, we tell them: “Look, it doesn’t cost you anything, you have the right not to like it, but above all you have the right to like it too and to learn. It is not because you don’t know anything about it initially, that you don’t enjoy beautiful things”. During this period, there were fewer places open and those that were open had practically no customers, so it loses interest, if it’s just to put paintings on the walls and be a decorator, that’s not what I’m looking for.

F. T. : This was not the case during the last 6 months unfortunately so it was urgent to start working again for the health of the company because if there is no exhibition, there is no sale and also for pleasure because I love it.

Kariculture.net : How many works are on display at this “Contrast” exhibition?

F. T. : At least 60 pieces. It’s a large and beautiful exhibition with two artists that I like very much and with whom I’ve been working for quite some time. We had already done “Horizons telluriques“ as a collective, here it’s smaller because there are two, but the goal afterwards is to do individual exhibitions.

Kariculture.net : So, today is the big resumption ?

F. T. : It’s the big resumption of Concept’Art that will continue next week with Florence Poirier and Ade Adesina.

Kariculture.net : Why did you choose “Contrast”? Is it a contrast with the Covid-19 epidemic that is raging outside and in this showroom where we are very quiet with the barrier gestures or a contrast between the two artists?

F. T. : (Laughs) I had not thought of it that way, but I will keep the first idea… Initially, it’s more a contrast between two artists, their technique, their individuality. They are artists but they do not look alike even if there is talent in both cases, but it is not the same, it is not expressed in the same way. I had to find a theme for a duet.

Kariculture.net : How is the exhibition going? Do visitors come? Do you feel that the audience is asking for art again as before or is it shy?

F. T. : People are asking for art again, but it’s shy. These are short exhibitions, they last 5 days, it’s also a will, it’s intense. I wanted something rather compact instead of an exhibition that lasts several weeks even if I like the principle, but not in these circumstances. The beginning is a bit quiet because people are working, there are more numerous in the late afternoon when they get out of work, on Friday and Saturday too.

Kariculture.net : How did lockdown go for you?

F. T. : Personally, it went well. We are lucky to be in Guadeloupe, I am with my family, I will not complain at all. Professionally, it was very, very hard because of the constraints to do things and the desire that is wasting away because we think it’s useless. It was very difficult during those 6 months. I saw many of my colleagues and competitors throw in the towel and others go digital.

Kariculture.net : What do you think about digital exhibitions?

F. T. : I’m not a fan of it at all. I’m very frustrated, I see works on the networks, without seeing them in reality, I do not know if the colours are the right etc. It does not have the same effect on me. I know it’s an necessary step because of the disease, to spread, go further in the world, it’s a great way but I’m not a fan.

Kariculture.net : For you, is the digital exhibition is more for collectors and speculators and not for simple people?

F. T. : A little. Not for simple people, for people who are novice. I’m sure it doesn’t have the same effect on them when they see a photo on a network and when they come to a gallery to meet the artists, actors who give explanations.

F. T. : Yes, maybe, but it’s hard. I know that I have to force myself, it will happen anyway, the epidemic precipitated everything but I remain convinced that virtual exhibitions will not replace real exhibitions, at least not completely.

F. T. : I had a lot of projects, very expensive and a bit utopian projects. Unfortunately, I will not be able to carry out them, I do not know at all how will end 2020 and begin 2021. But I will always be there to look for atypical places and make exhibitions or make visits to the agency for people who come especially, hoping that we can restart a normal life. 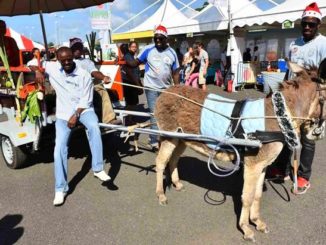 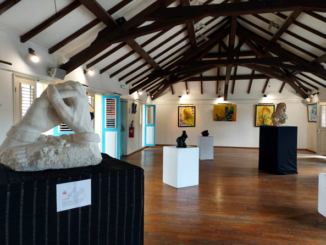